Our First Judge is…. 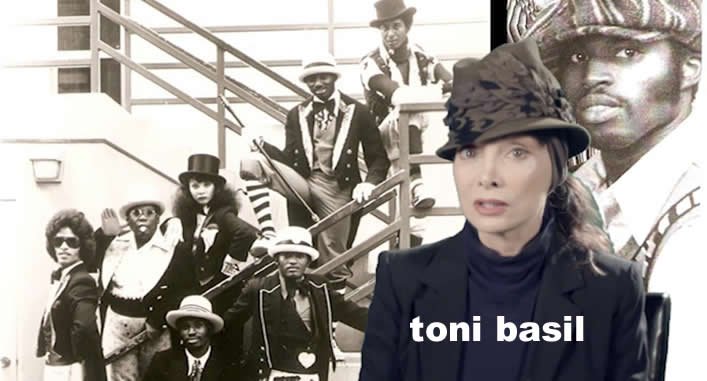 Toni Basil is a multi-award winning performer /choreographer /director /producer that has been at the vanguard of dance and music throughout her career, as well as a member of legendary street dance group The Lockers.

With a number one single, a grammy award, movies, and choreography for some of the biggest stars in history, Toni Basil has a career unparralled in all street dance history.

Most people know Toni as the sassy cheerleading singer of the infectious double platinum hit Mickey, but most people forget that Toni was the breaking ground long before Mickey, particularly as the only Female and only White member of the most successful street dance group ever, The Lockers.

A multiple Emmy Award and Grammy Award nominee, She has choreography and directorial credits on over 50 videos and has choreographed and co directed concerts for Tina Turner, David Bowie, Bette Midler, David Lee Roth, Mick Jagger as well as many others.

Toni is one of the 7 original lockers that is considered “the group that changed the face of dance.” She is recognized as a seminal influence in bringing street dance to the attention of the American public. She is currently writing a book on the history of American Street Dance.

Toni has been nominated and presented with many video awards, Emmy’s, and Grammy’s. Most notably she received a Grammy nomination for her Word Of Mouth long-form video album, which she produced, choreographed, and directed, which her iconic video and song Mickey is part of. Also her 1975 cutting edge Swan Lake piece for Saturday Night Live was credited by Dance Mag as the first mix of street dance and classical dance with classical music. Later in 1989 she reinvented the piece for a Smothers Brothers’s special that garnered her with and Emmy nomination.

Toni was presented with an Emmy award for a commercial featuring MC Hammer. She has worked on an incredible range of television programming, from TV LandsSalute to Soul Train, NAACP Image Awards, Saturday Night Live, Sesame Street and numerous Music Awards shows.

Toni’s most notable feature film credits include choreography for such classics as American Graffiti, and Legally Blonde, 1 and 2. She also staged and choreographed the opening credits of My Best Friend’s Wedding. Her subtle choreographic hand was visible throughout Tom Hanks directorial debut; That Thing You Do.

Toni Basil received a Gold Album for 1981’s Word Of Mouth and a double platinum record for her smash single Mickey, and holds the same from the UK, Canada and Australia.

Billboard magazine’s #1 song for the month of December, 1982,Mickey was installed in the Rock & Roll Hall of Fame as one of the groundbreaking singles of the 1980s, The Mickey music video, resides in the permanent collection of the Museum of Modern Art, and in 1992, Toni earned herself a place as an American Video Artist in the coveted Museum of Modern Art’s calendar.

She starred, co-directed, and choreographed two self-titled BBC-television specials, which were re-aired in record time due to unprecedented audience response, and are credited as launching Mickey as a hit single in the U.K. charts and, ultimately, worldwide as well as appeared in a wide variety of television shows.

As a classically trained dancer, Toni continues to dance and attend Locking, Hip Hop, and African dance classes by day, and underground dance clubs at night. She has immersed herself in the Latin music and dance scene, and has guest performed singing, dancing and playing percussion with the top Los Angeles based salsa bands.

She adds to her list of expertise in world dance and partnering Afro/Cuban, Tango, Flamenco, Salsa, east coast and west coast swing.

Continuing in the family tradition (her father- an orchestra leader and mother a vaudevillian) She has excelled in every entertainment medium; stage, music, commercials, television, film and video. Her unique form of artistic mastery is at the heart of all of her work. She remains a true pioneer in the dance world, a visionary, and a genuine American treasure.

Want to know more? Surf the web on google.com for Toni Basil, and choose from over 69,000 references.

Here are just some of the events Toni has Judged:

The winner of the two Free tickets to the UK Hip Hop Dance Championships is… Neil Allan!